Standby (stationary) battery systems: these systems are everywhere that the maintenance of mains power is critical. The number of cells or monoblocs (blocs) can vary, typically between 4 x 12 volt blocs in a 48 volt battery to perhaps 200 – plus cells in series for a 480 volt battery.

Very large systems can have several thousand 2 volt cells in a series-parallel arrangement, to give the necessary voltage and current delivery for the system. Because these batteries are essential to maintain the flow of power to a critical load, it is necessary to know that they will always deliver the power when called upon to do so. 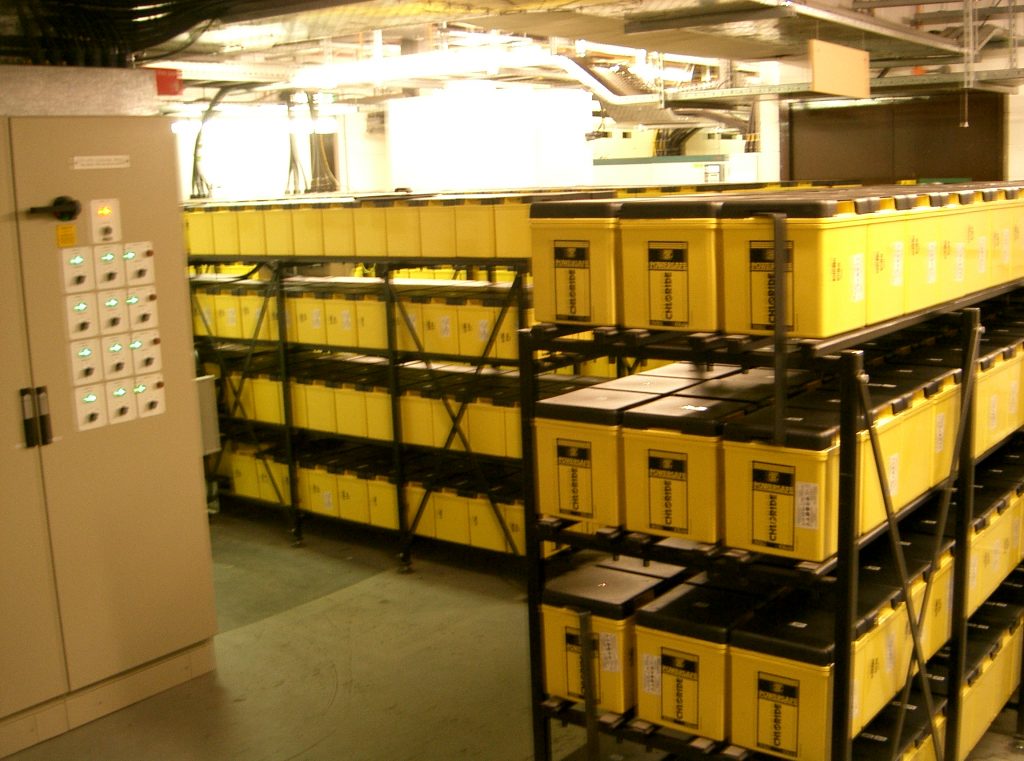 How do we know if the battery is healthy

Battery testing for reliability: the gold standard for testing the capability of a standby battery is to discharge into a known load. Unfortunately this can be expensive and disruptive and is true only for the day of testing. Since these tests are generally carried out only once in 12 to 24 months, during the rest of the time the battery can fail without any prior indication.

Non-invasive test methods: the user needs to know every day that the battery can respond instantly to a loss of mains power. Therefore non-invasive test and monitoring methods have evolved to monitor these battery systems. Standard BMS’ monitor cell or bloc voltages, internal cell electrical resistance and sometimes, not always, cell temperatures. While these parameters can indicate advanced deterioration, they can’t be relied on to give an early enough indication of potential failure to avoid serious risk. 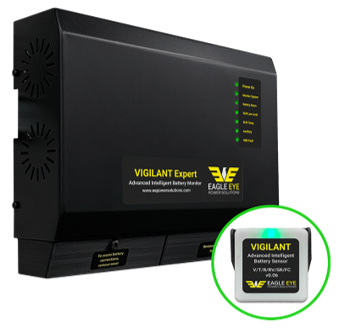 A state of the art stationary battery monitoring system offering the most comprehensive monitoring and analysis solution in the market today.

In addition to measuring all the standard parameters, the Vigilant Expert system measures additional elements not available in standard systems. These elements, analysed with Machine Learning (ML) algorithms and Artificial Machine Intelligence (AMI), give predictive estimates of Cell Deterioration (CDe) and battery State of Health (SoH).

The web server system manager can monitor and control up to 240 individual sensors via an isolated serial comms bus, and takes no power from the cells or monoblocs, other than a test pulse of less than a second once per day.

Monitors and measures as standard

View and download data from anywhere in the world, or within your Intranet 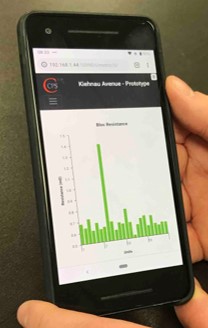 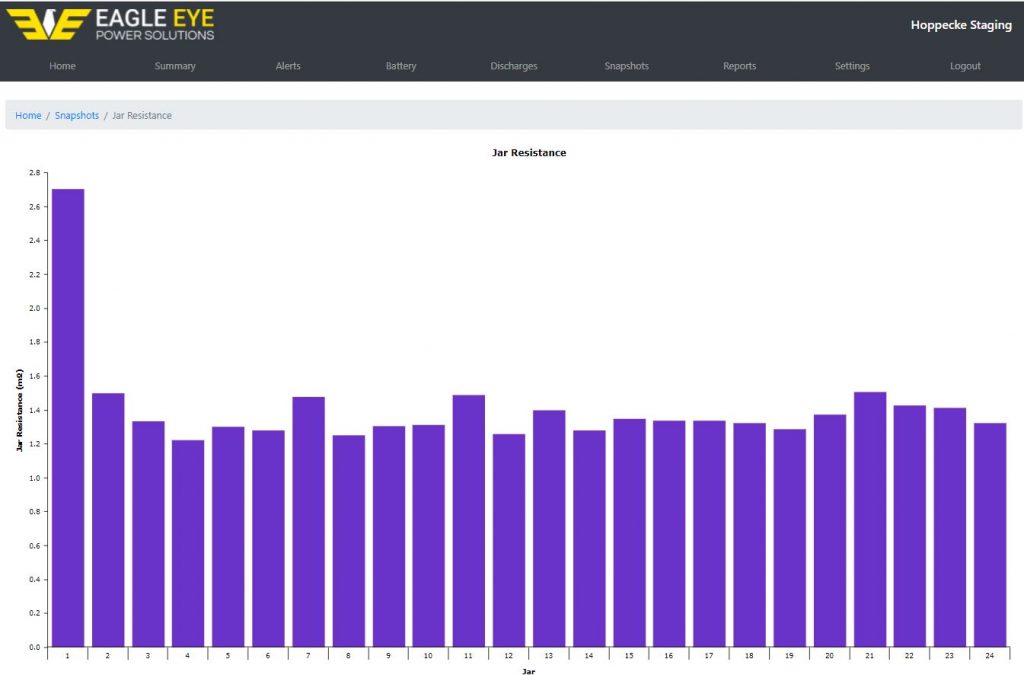 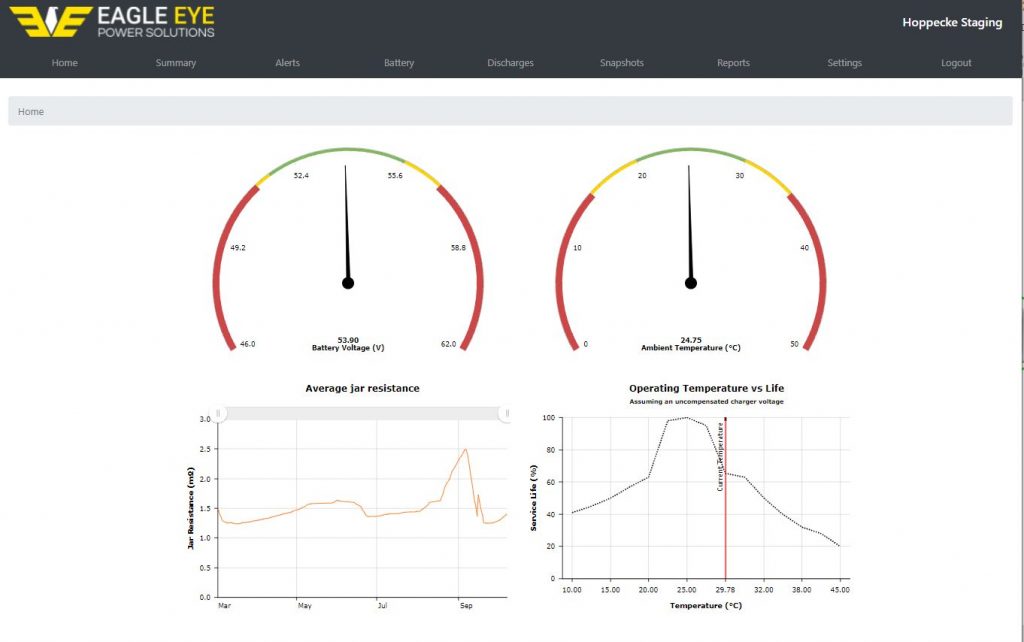 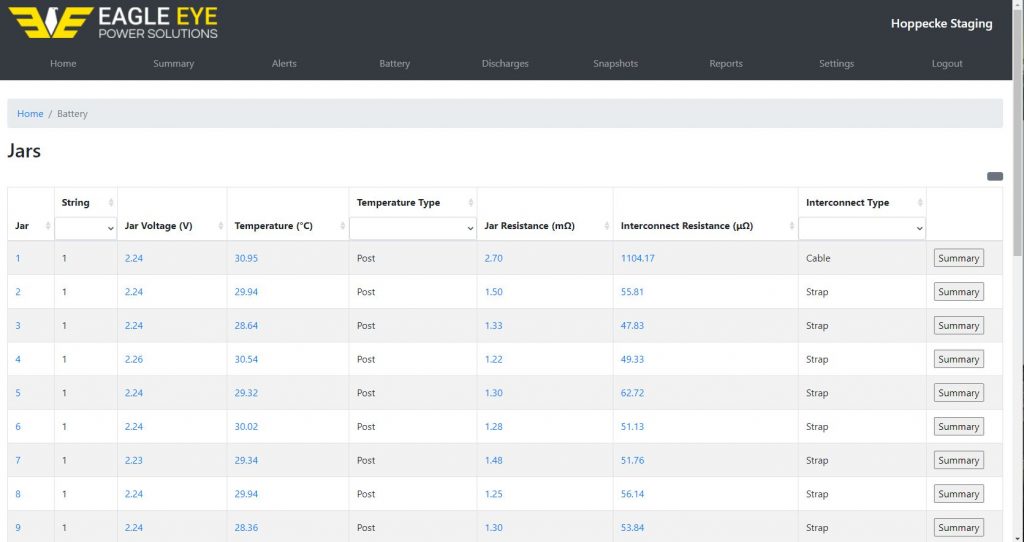 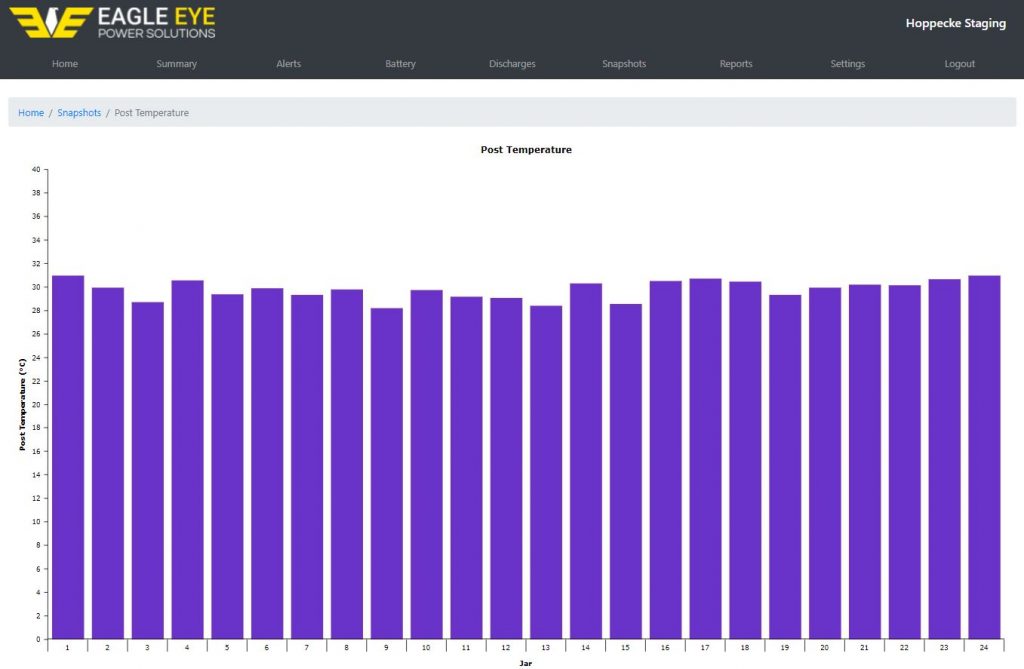 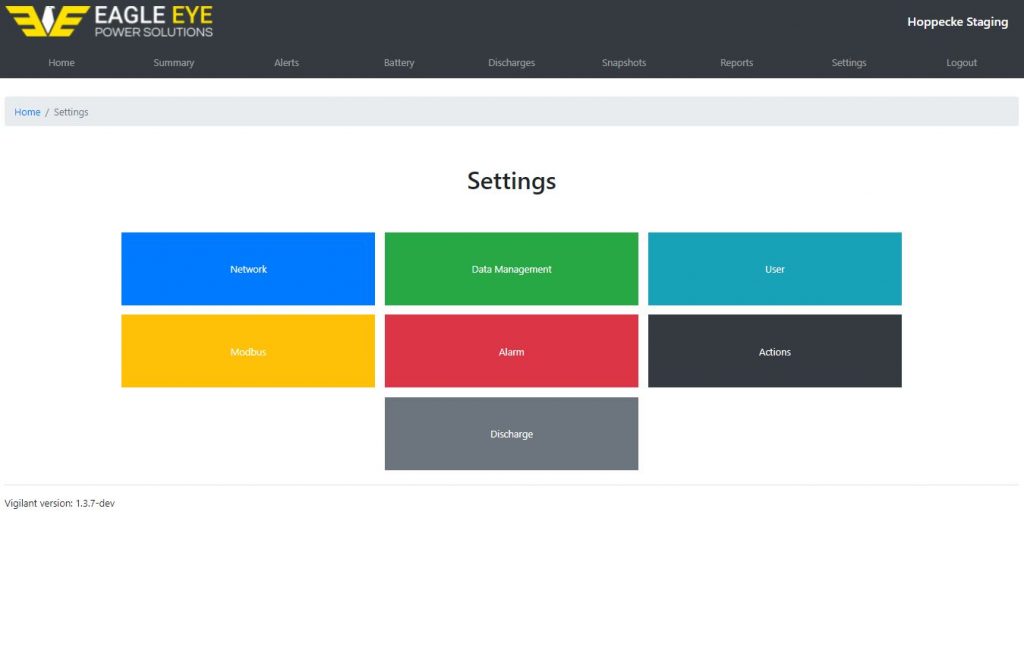 In batteries where the sensor is connected across one or more cells or monoblocs, a sensor that takes more, or less, current than its neighbours can alter the voltage in those cell or cells. The graph is of an in-service battery where the monitor module is attached to 4 cells, some modules are taking less power than others and some take more. The lower voltage cells are likely to die prematurely of sulfation, those that have a higher voltage are vulnerable to positive plate corrosion.

Unlike other distributed systems Vigilant sensors are supplied via the serial comms link and do not take their power supply from the individual cells, thus avoiding cells with depressed terminal voltages.

Report generation at the touch of a button, in standard or NERC (North American Electric Reliability Corporation) compliant format. You can download an example here. 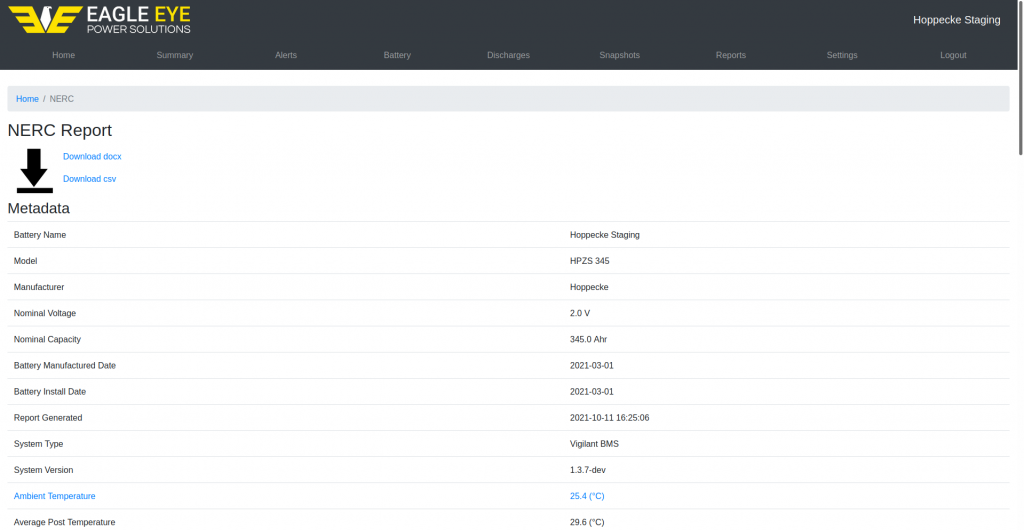 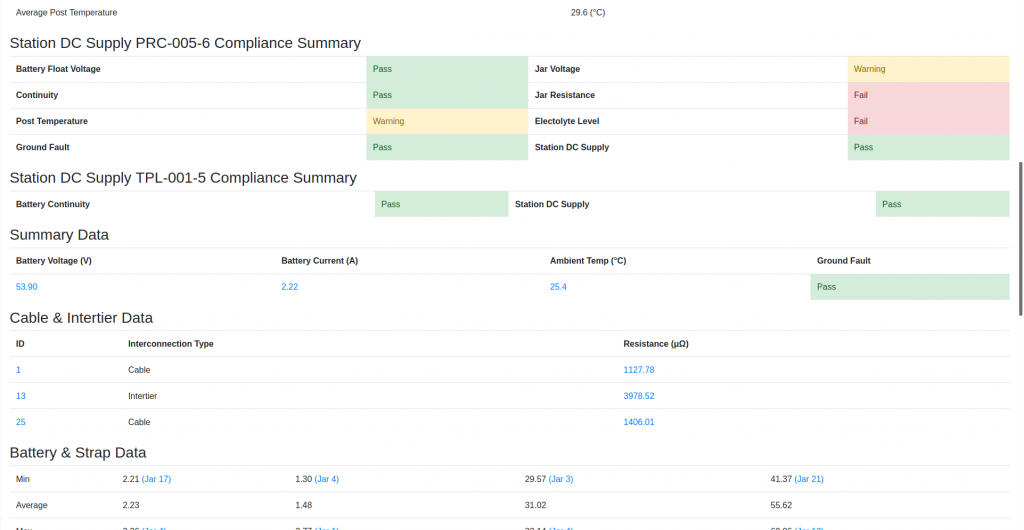